In the past few weeks, I’ve seen people frantically trying to score rapid tests in order to travel safely to loved ones either across the country or abroad. I’m among the fortunate few who has a job that gives people the flexibility they need to wait in hours-long, block-long lines to obtain said tests, and the ability to either work from home or take time as-needed to recover if they’re sick. A staggering amount of people across the country aren’t that lucky.

Those who stockpiled vacation days all year so that they could travel for the holidays now have the added worry of potentially testing positive after their travels. These people who hauled their asses into work every day throughout the pandemic so that they could take off for the holidays may not have vacation or sick days to spare if they need to quarantine, resulting in a serious dent in their paycheck.

I’ve already had friends spend the holidays in quarantine this year, having found themselves confronted with the omnipresent specter of Omicron that’s been haunting the globe like the ghost of Jacob Marley. Even those who weren’t planning to travel can’t even spend time with friends and family locally outside of those within their household.

In a year fraught with anxiety, this is just one more thing heaped upon people already at their breaking point.

Holiday and New Year’s Pressures During the Pandemic

For those who have the luxury of spending the holidays among friends and family, some are finding themselves overwhelmed for myriad reasons. There’s the steep adjustment from having been around very few people for nearly a year — to shifting mental gears and having to contend with a clamoring throng of relatives during the holiday season.

Then there’s the pressure of making up for lost time due to last year’s scuttled holiday season. When you are constantly bombarded with messages of pestilence and death at every turn — even if you’ve never personally experienced the death of a loved one — it’s hard to not ponder, “What if this is the last Christmas any of us will spend together?”

The holidays and the incoming new year conjure just as many hopeful, happy thoughts as bittersweet ones. In a series of years that have brought unpleasant changes for many, the holidays can be a reminder of not just the people we miss — but that you miss the person you used to be:

Maybe you were the person who used to make no-bake rum balls every Christmas that brought joy and a bit of ripshit fun to friends.

Or perhaps you miss being the carefree slacker unburdened by responsibilities. By a turn of the wheel, you now find yourself forced to hold shit down without the benefit of fucking off once in awhile because others are depending on you to keep it together.

Were you the kid who loved Christmas with their parents — despite the guarantee that there would almost always be arguments and fights ? The eternal optimist who, no matter how bitchy Mom could get or how often Dad would stoically endure seasons beratings while sipping his Seagram’s & ginger ale, felt it was a given that we’d all be there next year to laugh about the shit storm we’d weathered as a family?

Maybe you miss being that person — or all of those people at the same time. And the holidays and the close of another year is just that “one more thing” you don’t need to serve as an uncomfortable reminder.

Shrugging Off Holiday Obligations and Expectations 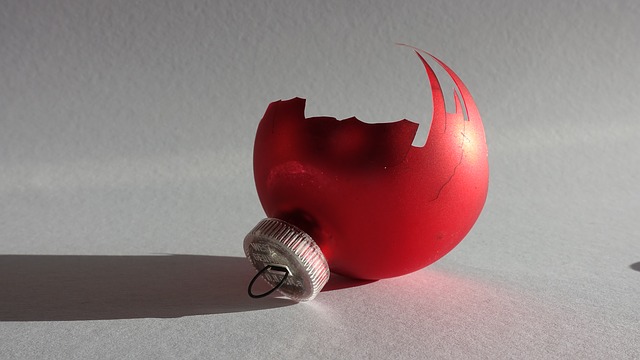 It’s not just feeling obligated to watch Christmas movies you’ve seen thousands of times and don’t have any real pull towards beyond, “But… but! It’s tradition to watch [insert name of movie you’ve seen so many times that it only stands as background noise instead of something you’re truly invested in]!” It’s not merely attempting to dodge terrible songs like Paul McCartney’s “Wonderful Christmas Time” or that three-minute ode to ass money with tinsel, “Santa Baby.”

It’s the added pressure of having to slap on a happy face and attempt to give others the holiday you think they want. Of having people you don’t expect to buy you gifts serve you with some dust-collecting tchotchky they likely re-gifted to you in a game of “Holiday Hot Potato,” pawning off their Gifts of Christmas Past. Of not only having to put on a Meryl Streep-esque performance of gratitude for the relentless parade of shit you will never use entering your home, but that you are now saddled with the obligation to get this person something in return. Yes, it’s the thought that counts, but you didn’t really need that monogrammed vibrator travel case.

It’s the conflicting feeling of wanting to be a good host or a good guest, but also suppressing the urge to scream when the conversation turns to politics or when that one blowhard just won’t shut the hell up and continues to suck the air out of the room. Of clutching your wine glass like a crucifix when someone tries to get you to hold their screaming infant.

If it sounds like I’m complaining… I am. And I hope you feel like you can complain, too. In a world filled with shit like gratitude journals, mindfulness retreats, and the commodification of toxic positivity, we’ve forsaken the simple pleasure of allowing ourselves to bitch and moan without guilt. Even before the pandemic heightened the global decline in mental health, feelings of anger, depression, and worry have been climbing over the past decade.

While the holidays can bring all of these feelings to a rolling boil, it being A Very Pandemic Christmas has only served to heighten existing feelings of angst and depression.

The Ghosts of Christmas Depression Past 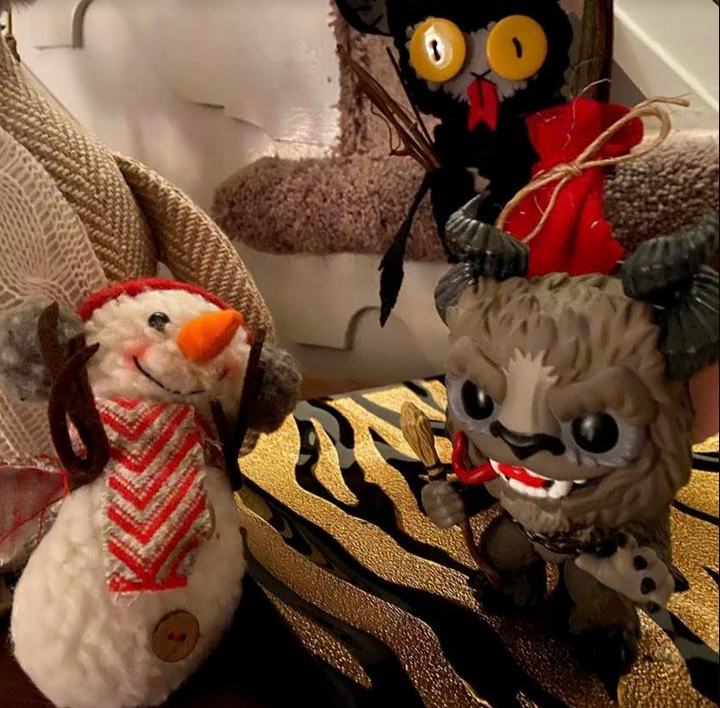 Channel your inner Krampus and this cute little exasperated snowman. Just let those not-so-jolly feelings out! Photo credit: Author’s own

As someone who had, for years, operated under the maxim of keeping a stiff upper lip during periods of intense emotional distress, I can safely tell you that pretending to be okay can make stressful situations even more exhausting.

In years past, long before the pandemic, I’d had a year or two where I felt as if I was constantly racing around to buy and wrap gifts, bake cookies, cook full course meals — all on top of a 40-hour work week and some heavy life shit. By the time December 26th had rolled around, I felt as if I hadn’t gotten to truly enjoy the holiday.

Instead of basking in the warm glow of tree lights while reading and sipping hot cocoa throughout the season, I’d been in a mad rush to mount a Christmas production on par with the Radio City Music Hall Rockettes. I was high-kicking my way into seasonal depression and feeling more run down than invigorated when the time came to pack away the holiday decor. And I didn’t get to enjoy a damn bit of it.

I think part of it was deliberately trying to occupy my time (and brain) from focusing on feelings of loss or failure. Sometimes, you’re not just ready to truly meet yourself as you are: covered in warts and shortcomings, festooned in all manner of human frailty. That side of you doesn’t always jive with the brave face we present to the world.

Once I recognized that, I began putting my foot down and taking more time to enjoy the holidays in a way that gave me joy.

However, this year was different. Like almost everyone else I know, I found myself mentally pummeled by all the shit going on in the world. Those old feelings of the pressure to “perform” during the holidays reared their ugly, hydra-like heads. In a year where I came to savor tuning out and turning inward, I had to remember what it was like to have to reconstruct boundaries. Because you can’t be all holly-jolly if you say “NO.” As a result, I didn’t enjoy the holidays as much as I usually do — and that’s my own fault. I’ll be better prepared next year.

Right now, you might be grieving the loss of a loved one — or the loss of a part of your identity. The holidays can feel overwhelming and a become a great excuse to distract ourselves with things to do because we are so uncomfortable with being alone with our thoughts.

In reality, all you really want (instead of a Chia Pet of the Month Club subscription) is a day or two to sleep, to not have to be cognizant of the wants and needs of others, and to tend to your own well-being without the pressure of having to pretend that you’re full of holiday joy and living up to expectations of others — perceived or otherwise.

For all you know, your family may not want the holiday extravaganza you want to give them. But you may have already psyched yourself up to believe you’re a failure if you don’t deliver. Your loved ones may recognize that having you in a good mental space and able to enjoy time with them — sans pressure — is a far better gift than organic bamboo William Howard Taft commemorative dish towels.

And if they do expect you to “get it up” for the holidays when you’ve got the Christmas spirit version of erectile dysfunction, then fuck ’em. You are not a Yule log and it is not your job to light yourself on fire to keep others warm.

Yes, the holidays only come once a year. While it can be a magical time, it can also be draining. Yet, there’s no reason why you can’t sprinkle a bit of magic and good cheer throughout the other 360-some days of the year when you might be feeling more up to it.

Wishing you all good things and brighter days ahead in 2022.

Header image (cat with ornaments) by Myshun from Pixabay