Words are my trade, which is why I take particular umbrage when some are abused or thrown about with zero regard. While I firmly believe that anyone who uses the expressions “my bad,” “I can’t even,” or “Sunday Funday” with a straight face and zero sense of irony should be beaten with a boat oar, there are several words that are grossly overused — if not outright misused.

For instance, the words “amazing” and “phenomenal” have all but lost their potency since they’re inserted in damn near every sentence that requires an adjective to denote excellence.

However, there is still one word that is even more egregiously used: Exciting.

It’s used at both a personal level to elevate the mundane to the spectacular, as well as entrenched itself in the corporate vernacular to describe things that are typically mind-numbing but intended to hype up anticipation to NASA-like altitudes. And if I hear the word “exciting” used one more time, I will fling my own shit at a wall like an enraged howler monkey.

Stop Getting “Excited” About Stupid Shit

I can’t tell you how many times a day I hear people talk about “an exciting opportunity” or claim to be “excited” about something that, if everyone was being real instead of the pretentious, overly-sensitive teacups we’ve turned into as a society, would merit a withering glance and a flip of the bird. 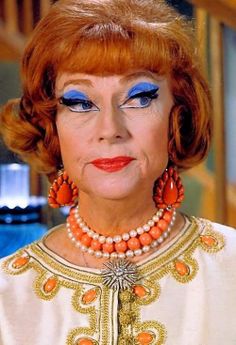 Nope. Not excited. Not even close.

How many times have you seen a television show host talk about how “excited” they were to have some D-list celebrity on as a guest while they ask them a series of banal questions like, “When was the last time you rotated your tires?” or “So, how’s that spokesperson for Enron thing working out for ya?” How many times have you gotten a call from someone trying to tell you about an “exciting opportunity” to own a timeshare on an overpriced sinkhole off the coast of Three Mile Island? How many times have you heard someone say they’re so “excited” about a work-related project that does not involve drinking beer through a Krazy Straw and cataloging the results for scientific purposes? I’d wager you hear someone say they’re “excited” in that context at least ten times a day. And it’s complete bullshit. You wanna know what I get excited about?

These are all GOOD FUCKING REASONS to get excited.

Since when did we all turn into Jessie Spano hopped up on amphetamines? Since when did we claim to be so damn exuberant about things that, at best, would merit a simple “OK” before going back to scratching our asses or reaching for a second helping of mashed potatoes?

I think it happened when we decided to relinquish our agency and give in to the culture of faux Hallmark sentiment. We stopped being real because lesser people shamed us into being something other than ourselves. We put on masks to appear to care more about things than we really do because it serves our own agendas. When we appear to care, people like us more because they think we have their best interests at heart. We seem genuine. We seem selfless. In reality, we’re bending people’s perceptions of us so we can win their trust and exploit it for our own personal gain when the timing is right. Whether we do it intentionally because we see how well it’s panned out for some of these folks whose only real talent is for shameless self-promotion or because it’s been subtly ingrained in us as a survival technique is up for debate.

Just take a good look at reality TV and social media and you’ll see a whole host of “influencers” whose job is to get people “excited” about the next big thing to buy into and consume. 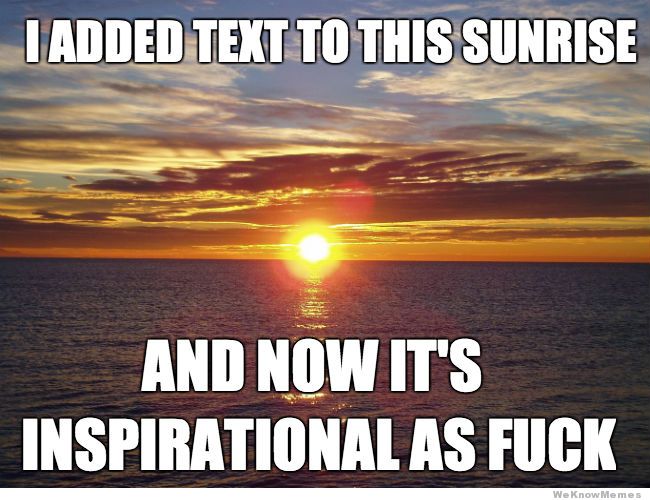 Deep down, we all want to be liked and a good deal of us want to attain some level of notoriety — even if that notoriety translates to infamy. Hell, I’m a writer. I’d be a hypocrite if I didn’t admit I’d like to be acknowledged for my sparkling wit and ability to make inappropriate poop- and pop culture metaphors. And while I’d love to be monetarily compensated for this “gift,” deep down, I think I just want some lasting proof that my existence counted for something more than a piece of corn stuck in the turd of life — to make people laugh and be remembered as something more than “that bitch on the bus.”

And for the love of all that’s holy, stop misusing the word “excited” to the point where it loses its meaning for the things that really matter. Stop listening to others and start listening to yourself and understand just what pumps your ‘nads and spurs you on to live a life with real excitement.

If you get excited about bagging groceries… then go, Johnny, go! If you get excited by jumping out of an airplane at 500 feet in the air, take the plunge. But if you’re not fucking excited about cranking out TPS reports or being a bridesmaid in your third cousin’s fourth wedding, don’t fake it. Chalk it up as something you do to earn a paycheck or fulfill a generic obligation. Acknowledge it’s something you have to do in order to get to do what you want to do. There’s nothing wrong with finding the joy in it, but don’t claim to be “excited” about something that you know is bullshit. Instead, find the thing that really makes you happy and do it.