I’ll be the first to admit that I’ve got my weird moments. I’ll also probably be the last to judge you harshly for your own. Will I laugh? Oh, you betcha… But I won’t judge.

With that sentiment in mind, I recently read about a product called 21 Grams, a memory box that contains essential elements to remind a person of their deceased loved one. I thought it was a beautiful, sentimental way to collect mementos of someone you loved dearly, including an atomizer to capture their favorite perfume so you remember the way they smell, and an iPhone-compatible amp to configure playlists of songs that held a shared deep meaning with regard to your relationship to your loved one.

21 Grams reminded me of an idea I had myself over a decade ago. (Relax! Before you run off and get the butterfly net, my idea did not involve a pocket rocket filled with cremains.) Once upon a time, I had an idea for a product called … The Death Box.

The Death Box & Its Humble Beginnings

At one point in my life, so many members of my family were dropping like flies that I attended more funerals than parties. Coupled with the fact that I was barely 30 by the time most of my family had shuffled off the ol’ mortal coil, I developed a bit of a complex.

I was so affected that I briefly entertained a career in the funeral industry, pitching it as one part marketing, one part sales, and one part helping to make things easier for the bereaved — in my own warped, yet well-meaning way.

Much like a fashion buyer, I thought that there may have been a market for a “buyer” for snappy send-off ensembles for the deceased. Having gone through the process before myself, I thought it was important for a person to look their best before they got lowered into the ground. Let’s face it: If you’re the guest of honor at your own wake, you’re on display. Everyone’s looking at you. They’re eyeing up how natural your makeup looks. And you know there is at least one bitch hovering over your casket going, “I can’t believe that put her in THAT.” (And sometimes, that bitch is me.)

Let me give you a little morbid insight here: When my Mom died, my brother and I went shopping for her like we were buying her a prom dress. Mom got screwed out of a lot of things in life. She never had many opportunities to get gussied up. So, I wanted to make sure she looked beautiful. It was the least I could do. I picked out a gorgeous champagne-colored gown with a matching shrug for her. Then, my brother and I went shopping for shoes and jewelry to make sure she was properly accessorized. Morbid? Maybe. But looking good was important to Mom. And by default, it was important to me that she would have been happy with the outfit she was going to spend eternity wearing.

Fast forward a few months later. I realized there really wasn’t a market for a Morticia Addams-lookalike to help funeral homes purchase casket-ready outfits for clients’ loved ones. Most people pulled out a suit or grabbed a dress from their closets. Not everyone had relatives who were that fashion-fixated that they required a Left-the-Building Lookbook for what the best-dressed corpses would be wearing that season. 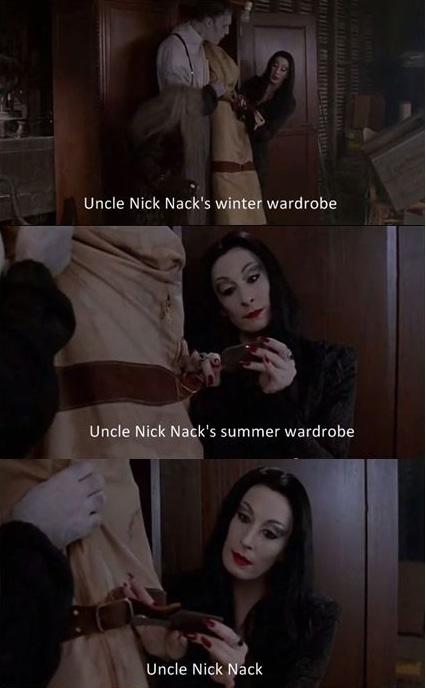 That shot that career plot (pardon the pun) right in the foot. Then, it hit me. I had a (sort of) brilliant idea that would be of help to the bereaved. I thought about all of the running around my family did after the death of relatives:

I remembered how cumbersome the whole process was and that it didn’t really leave much time for letting the somber reality of the situation sink in. There wasn’t a lot of time to grieve in the midst of so much planning. That’s when I thought about The Death Box.

The Birth of The Death Box™: Practicality Meets Sentimentality

Simply put, The Death Box [insert trademark, copyright, and all rights reserved logos here indicating that I will fuck your ass up if you steal my idea] would compile all of this crucial information beforehand. While lacking the sexy sizzle of a product like 21 Grams, The Death Box™ would be a simple, yet practical pine box with clearly-labeled compartments for post-life preparations — but with plenty of room for personalization.

Instead of having to go on a scavenger hunt for paperwork, personal effects, and other items someone would like to be buried with, The Death Box would bundle everything together. The Death Box would have a spot for all of the important documents (like the will, insurance policies, instructions for where the family plot is located, etc.). But it would also have a spot for sentimental items — such as compartments for pieces of jewelry you’d either like to be buried with or want to give to a particular loved one after you’re long gone.

The Death Box would incorporate slots for personal letters — not just legal documents like a will — but meaningful notes for the important people in your life, giving them something to remember you by and giving you an opportunity to know that you were able to say all the things you wanted to say but maybe never got around to saying.

There would be spots for a funeral playlist to crank during the wake, a list of favorite flowers and selections they’d like to be read at their funeral, and other incidentals to help make planning that last party just a little easier. The Death Box would also double as a hope(less) chest for funeral attire for the deceased to wear during their grand send-off. 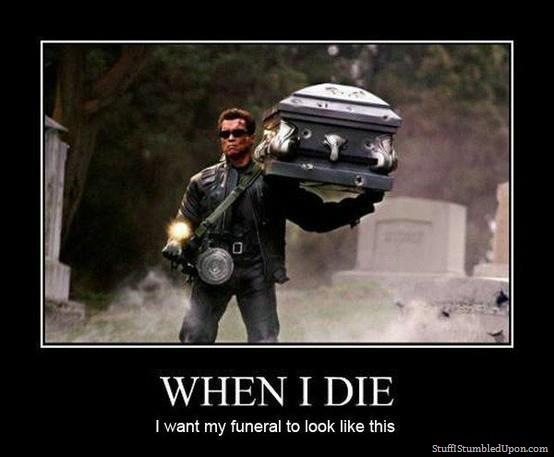 A Death Box in every home, for every person, would make it easy to plan for a funeral. Hell, if the person was still living, morbid enough, and organized enough, they might even have a hoo-dilly of a time filling their own Death Box with all of its required components. It would be the greatest final gift they could give to their loved ones: giving them peace of mind that they’d be able to focus on remembering the deceased and getting acquainted with all the feelings of grief we tend to push back and (pardon another bad pun) bury deeply because we’re too busy tending to the practicalities of preparing a funeral.

Maybe someday I’ll resurrect the idea of The Death Box. (Hell, right now, you’re lucky I was able to cobble together this blog post in time for Halloween!) But for now, the dream is not entirely dead, but merely sleeping. So, what do you say? Would YOU be interested in a Death Box if it were a real product? Let me know in the comments below!