With my pretend boyfriend Damon from “The Vampire Diaries” away and off TV for now, I was wondering if you would like to renew our pretend courtship for the summer? Look, I know you’re still hung up on your dearly departed Lily Evans-Potter, and I have a boyfriend who actually exists, even though he accompanies me to so few public events that my friends don’t believe he does. Nevertheless, my dear man, I have always enjoyed the long-standing “thing” we’ve had off-and-on for about a decade now. Seeing as there are no more new Harry Potter books or movies coming out, this may be the last truly meaningful opportunity we have to spend the summer months enraptured in a blissfully non-existent and totally one-sided romance. I am longing for you to restore some “magic” to my fantasies, if you are willing.

In a previous blog inst 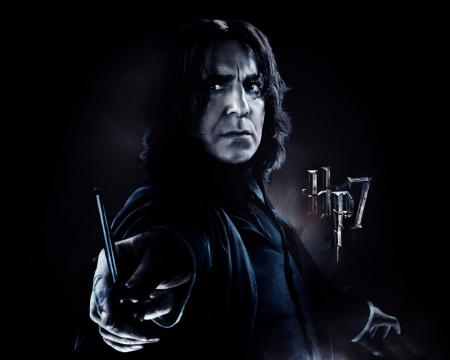 allment, I outlined my proclivity for picking pretend boyfriends from the pop culture pool as an aid in my romantic fantasies. I’ve been in a relationship for 13 years, so trust me: When red vinyl corsets and thigh high boots elicit more laughter than arousal in your significant other, you gotta spice things up for yourself somehow.

Picking “pretend boyfriends” happens to be what does it for me. Let me be clear, I always choose fictional characters to swoon over — not real people. Nor do I misappropriate my crush on any of the actors who portray the character. That’s just weird — even for me. Still, there is an element of the real to my fantasies in that my daydreams are populated by men who don’t exist but who would probably still treat me with the same indifference as most of the living, (and in some cases, barely) breathing men I have found myself attracted to in real life.

Old habits die hard, which could explain why I usually have a thing for emotionally unavailable men who would likely show no interest in me despite our commonalities. 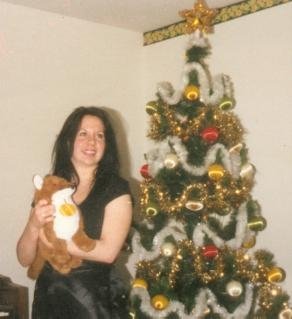 My family’s Charlie Brown Christmas tree made me turn goth in high school.

Like the whole of the Harry Potter saga, there’s something about Severus Snape that takes me back to high school. I think it’s that whole outsider, not-fitting-in thing. Back in the day, I wasn’t exactly the most popular gal in school and most guys found me intimidating — which is a nice way of saying they thought I was creepy. I wore a lot of black and so much eyeliner that Robert Smith would have slapped me. On top of all that, I would frequently get in fistfights (and win) with guys who made snide comments about my appearance and the large set of breasticles I’d been carting around since 4th grade.

Like Snape, I couldn’t get a date if I tried. And try I did! When the guy I pined after for several years turned me down for a second time, I stooped to a new low: I tried to find love in the food court at the mall — an act so desperate, it can only be surpassed in depravity by trying to find love on your own show on VH1. My sorry attempts at food court courtship resulted in getting stood up — twice! — by a guy with an eye like Fetty Wap.

Yet, as awful as my high school dating experiences were, they paled in comparison to those of my beloved Severus. During his years at Hogwarts, Snape was bullied by alpha douche James Potter. He then watched as that same douche waltzed into the sunset with his former BFF and the woman who didn’t return his undying love. For most of his life, Snape was banished to The Friend Zone. And believe me, it’s easier to escape from Azkaban than it is The Friend Zone.

I, too, dwelled in The Friend Zone throughout high school and even saw my then-best “friend” date (for two agonizing weeks on my part) the guy I threw myself at for a few years, despite her claiming how much she couldn’t stand him.

Snape’s story hit close to home. Reading the Harry Potter books and watching the movies removed from my tumultuous teen years, I just wanted to give the poor wizard a big hug. He was like the pretend boyfriend I always wanted for a real boyfriend back in high school who could understand where I was coming from. Every time James Potter and Sirius Black would call him “Snivellus,” I’d want to defend Snape, screaming “You can’t say that to my pretend boyfriend, damnit!” 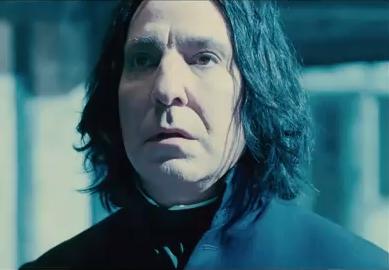 Alas, adulthood was equally as awful for Severus as his childhood was. It was like Snape became the anti-poster wizard for the “It Gets Better” campaign.

Yeah, seeing the woman you love marry the guy who magically pantsed you back in grade school sure is “better.”

Seeing your unrequited love snuffed out by your boss (who, incidentally, is a waaaay bigger douche than the guy who made fun of you in grade school) is even “better.”

Things just get “better” when you swear an oath to protect the offspring of your dead unrequited love and your high school bully — even “better” yet when the kid looks exactly like your nemesis, but has the eyes of the girl you loved.

And gee, it really does get “better” when you’re teaching class and have a tangible reminder that the woman you loved chose someone else over you staring you in the face every day during 3rd period Potions. Throw in being passed over for your dream job five years in a row and having everyone in the wizarding world think you’re a total dick when, in reality, you’re saving their lives by putting your own on the line on a daily basis, and it totally does not get better if you’re Severus Snape.

It’s this damaged goods aura about Snape that makes him so attractive to me. Although I have that masochistic “take in the strays” mentality when it comes to men, I realize that there are some guys that you just can’t work with. Despite the fact that he still bears the scars of his high school insecurities and remains on the wanting end of the most epic tale of unrequited love ever, Snape had demonstrated considerable emotional growth and maturity throughout the series. He may give off the appearance of being bad, but on the inside, Snape is an intriguing mixture of strength and vulnerability. He’s the type of “bad boy” who really isn’t a “bad boy.”

There’s something appealing about this type of man, but it takes a special sort of sociopath to lust after a man like Voldemort. As much as I find myself attracted to “damaged goods,” Voldemort’s #1 Groupie Bellatrix has much more suspect taste in men. (For Chrissakes! He’s bald with no nose and needs some Chapstick! WTF!?!)

In contrast to Snape, Voldemort is a textbook case of a bully who hasn’t evolved beyond his high school years. Despite being an evil, homicidal maniac with no nose, Voldie has a horrible case of arrested development. He’s petty, cruel and demonstrates zero personal growth despite wielding immense power. Even more emblematic of Voldemort’s issues is the fact that he still spends a lot of time hanging around the school he once attended even though he isn’t employed there — or anywhere, for that matter. (Talk about reliving your glory years and not moving on. Sheesh!) Even for those of us with bad taste in men, Voldemort is the glaringly obvious guy you should never date or even have a passing crush on. You gotta draw the line somewhere.

Snape, on the other hand, is one of those guys who’s a “fixer upper”: They’re in need of a little love and repair, but have a lot of potential on the inside. 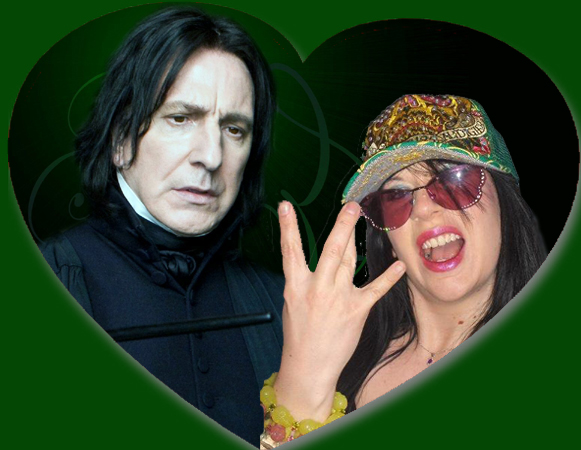 Snapey & Me: An image for integration, it’s like the Potions Master makes out with Goth Snooki.

I imagine meeting my pretend boyfriend Severus in a post-Lily landscape, aiding him in his mission to save Harry Potter and the wizarding world from the clutches of Voldemort. I wouldn’t dream of giving him a mystically metrosexual makeover because I’d like his pallid complexion; long, greasy black hair and all-noir wardrobe just the way it is. After a hard day at Hogwarts and an even worse Death Eater evening meeting, I would be waiting at home for sweet, snarky Severus to ease him into a comfy chair and hand him a comforting mug of Butterbeer. I’d be his trusted confidant, keeping his double-agent status a secret and letting him know that even though everyone else but Dumbledore thinks he’s a greasy git, someone loves him in the same unconditional way he loved Lily — even if he doesn’t reciprocate.

In time, he’d come around — especially after I administered a potion to revive him from that giant snake bite. In his brief stay on “the Other Side,” he’d find forgiveness and closure with Lily, having saved her son and redeemed himself for his past transgressions. As her eyes would be the last thing he’d see in his old life, my hopeful eyes would be the first thing he’d see upon his “new” life. And once Voldemort was defeated, we’d shack up at Spinner’s End and live a blissful existence and he might even crack a smile every so often.

And then he’d serenade me with a voice like the wizarding world’s answer to Barry White. Boo yah. Game on!

I’ve entertained these thoughts since I first started reading the books, taking an instant shine to the character of Snape. The years passed and Snape became my “pretend boyfriend” off and on, whenever the summers were warm and I was in need of a good book to read on the beach. As Sandy and Danny Zucko can attest, summer love is the best kind of all.

Thank you, J.K. Rowling for creating such an incredible series of novels, a wonderful world for kids of all ages to escape into and use to reflect on our own lives, and of course, for creating such a vivid and complex character as Severus Snape that goofy fangirls like myself can take with us into our sweet, albeit slightly warped fantasies every now and then.