I was pretty bummed when I found out that my favorite bookstore was closing.  Wednesday was the last day the café in the Center City Philadelphia Borders store would be open.  The servers would be dispersed to work on the floor of the book store for the remaining time Borders’ doors remained open, which, in the case of this particular branch, is estimated to be sometime in May 2011.

The Borders bookstore franchise declared bankruptcy earlier this year and plans on closing many of their locations.  Originally, the Philadelphia store was going to stay open, considering that it performed well and actually made money for the company.  However, the landlords who own the building at Broad and Chestnut Streets did not want to renegotiate the rent on the three-floor superstore, claiming that there are several major retailers or restaurants “lining up” to take Borders’ place and pay the primo price tag for the Center City location.  Considering that there are plenty independent and chain restaurants in the vicinity and the revolving door of major retailers that have rotated in and out of that particular square in Center City Philadelphia, I doubt it will be anything as good as a book store.

One of the unique features of the Philadelphia Borders’ store was that it frequently featured signings by best-selling authors or celebrities promoting their recently released books. Now, the closest Borders location to Philadelphia is in suburban Wynnewood, PA. (Good luck finding it on a map unless you’re a total geographile.) I doubt too many people will be lining up to come to a book signing in Wynnewood, much less attracting celebrities to sign at a book store in an uber-suburban locale.

The closing of Borders in Philadelphia is just one more bit of easily-accessible culture that the average resident of the City of Brotherly Love can scratch off the list of already limited options. Not everyone can afford to see a show at the Kimmel Center or attend the ballet. However, large book stores are something everyone can enjoy regardless of their budget.  (Especially since this city so brilliantly decided that public libraries are expendable and closed so many down.)

Beyond the gigantic selection of books, Borders — the store proper and its café — was a place to chat with random people.  Having frequented the store quite a bit and being one of those nuts who will strike up a conversation with anybody, I found myself chatting with many of the employees on a regular basis, as well as fellow patrons.  We would talk about books, random things pertaining to a section of the store, or about current events.  Usually, in the café portion of the store, people were a bit more chatty as they got their caffeine fix.  Caffeinated beverages seem to be the great equalizer in bringing people of various spheres of society together.

With news of the store and café closing looming ever closer, I noticed people talking with one another more than usual. Several other patrons and I expressed our displeasure at the store’s closing:

“That’s crap!” I said, oh-so-diplomatically.  “It’s all because brass at the top didn’t want to take a pay cut.”

The very cool older woman who had been slinging coffee and pastry at the Borders’ location for many years offered some insight into Borders’ bankruptcy.  Taking the high road and actually defending the corporate overlords, she gave them the benefit of the doubt for their bad business decisions that resulted in so many stores closing.  Corporate actually wanted to keep the store open, as it had made them a lot of money over the years.  However, the escalating rent for their building was just not something the store had within its budget.  She also noted that the electronic book market — and Borders jumping in too late in the eReader game, unlike early-adopters Amazon.com and Barnes & Noble — contributed to the franchise’s decline.  While Amazon and Barnes & Noble own their eReader devices, Borders is merely an investor in the company that created their Kobo Wireless eReader.

The woman behind the counter joined in on the conversation held by a bunch of strangers bonded by books and caffeine as we waited for the latter.  Our talk veered towards the decline in quality of book stores in Philadelphia and wondering what sort of lame, chain restaurant or retailer would move into the space currently occupied by Borders.  The conversation (which grew to include a white female middle-aged high school teacher seated nearby, a young African-American professional, a middle-aged African American landlord, myself and the older white woman behind the cafe counter — each of us hailing from different parts of the city) turned towards kids’ inclination to text rather than talk and how this has spilled into their everyday grammar and (lack of) writing skills; our own unique issues within our respective neighborhoods; and the issue of race vs. class in America today.  It was pretty remarkable to see such a diverse group of people carrying on a respectful, intelligent conversation and appreciating what one another had to say — and discovering that all of us were on the same page.

I didn’t head to Borders with the intention of getting a socioeconomic lesson with my caffeine, but that’s the way it turned out. 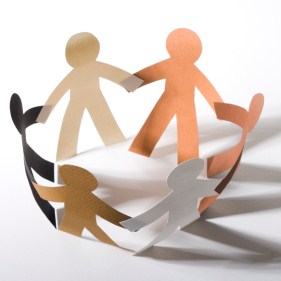 Despite the wide range of ages, socioeconomic backgrounds and races represented at this spontaneous coffee klatch, each of us acknowledged that the biggest divider in this country is not race, but class.  Because the “havenots” in this country greatly outnumber the “haves,” the easiest way to keep the “havenots” from coming together is to further subdivide them, race being the easiest means.  Subdividing even further, you have that ingrained working class mentality that anyone who wants to be different, who wants to learn more and break the cycle of having to break your back for a living, automatically means you believe that you are “better” than the rest of your working class brethren.  Everyone around that coffee counter — regardless of race, class, or gender — had seen or experienced first-hand what it’s like to feel ostracized for wanting something more than what the situation they were born into afforded.  And conversely, in one form or another, each of us had been made to feel by someone at some point that we were “overstepping our station.”

It was an oddly cathartic moment for everyone before each of us took our caffeinated beverages and went our separate ways, acknowledging that it was nice to actually talk with one another.  I ventured forth into the store, feeling like I really learned something about people and life in general just with the simple act of grabbing a coffee and also felt sad that this place where people who enjoyed reading (and eating) was soon to be no more. 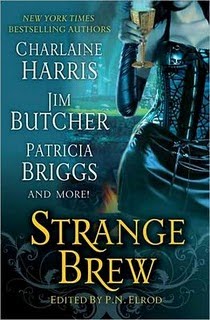 I sipped from my cardboard cup of coffee as I took a look through the racks of books, eventually picking up a couple horror anthologies and Stephen King’s memoir to read on my daily commute to work.  At the checkout counter, I had a chance to speak with one of my favorite saleswomen behind the register and another younger saleswoman who I had recognized before.  I told them that I was sorry the place was closing and sincerely wished them well.  I was really going to miss this place when it was gone.

My favorite saleslady — a bespectacled middle aged woman who always dressed in colorful, Earth mother-type ensembles — told me that she was really going to miss her co-workers who had become like family to her.  She said that she was going to miss knowing that she could come to her job and feel like she would be able to help someone either by helping them finding a great book or those rare occasions of talking to a random person who may have been grieving the loss of their mother.

“Books will always be there and people deal with grief every day, but I’m going to miss the chance to be able to be there to help someone through it just by doing something simple. And it makes me a little sad,” she said.

This would sound clichéd and cheesy coming from anyone else, but considering that, while hunting for books at Borders, I had talked with this sweet, quirky saleslady on many an occasion on topics ranging from the difference between hard rock and heavy metal and how while puppets could be kind of creepy, stuffed animals were a valid choice as a pet and were real — particularly in that they provided a great deal of comfort, I knew she meant every word she said.  (I will be eternally grateful to her for not giving me the hairy eyeball or judging my choice of book selections and also for commending me on my tattoo of Sammy, my favorite stuffed animal I’ve had since childhood.)

I knew what she was going through and told her about my own separation anxiety from some of my friends at my old job.  While my current job pays better and has less of a traditional corporate hierarchy system, I miss being around a group of people who I was able to laugh with and who felt like a second family to me.  Very few people get any real, personal satisfaction from their job, but sometimes you get lucky and get to spend 40+ hours  a week with people you really like.  In turn,  you carry each other through the daily drudgery with unexpected laughs and the recognition that we’re all human and we’re all in this together.

As she put my receipt in my bag, I said I was really hoping something good happened for her and her colleagues, noting that I’d be stopping in again before Borders on South Broad closed its doors for good in May.

It sounds corny, but before the store closes, I would probably like to say “thank you” to my favorite saleslady and some of the other staff I’ve seen at the store whenever I’ve stopped in.  I know a “thank you” doesn’t mean much in the face of a new job search in this economy or finding yourself standing at the precipice of some unknown inevitability of a new job and whether it will suck or not.  It won’t replace being able to work every day with people you’ve come to call your friends and have grown close to over the years.  Still, I think it’s right to say it.

As one of those nuts who talks to random strangers every so often, one thing I’ve realized over the years  is that everyone becomes real when you talk with them.  Everyone has a story to tell. From the biggest dick to the coolest chick, everyone just wants to be heard.  If you shut up just long enough, sometimes, you get something more valuable when you listen rather than when you speak.

Damn, I’m going to miss my favorite bookstore… and the people in it.