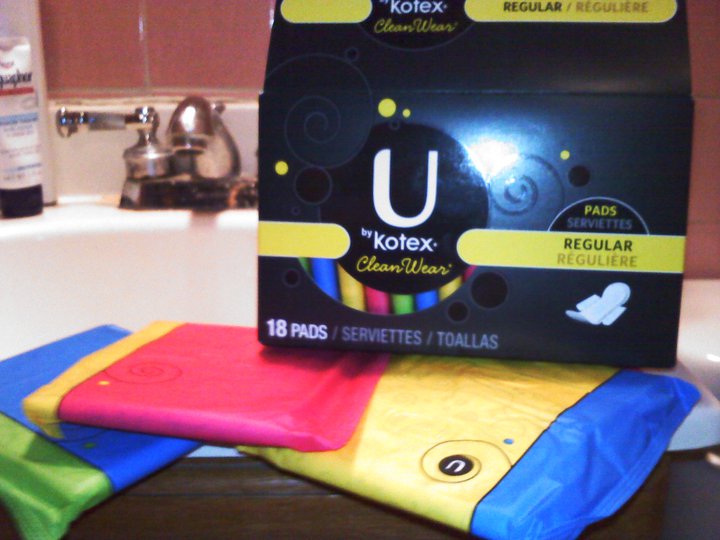 There’s a party in your pants! And Kotex says “U” are invited!

For several decades, Kotex has been providing me with feminine hygeine products designed to staunch my menstrual flow. Ironically, they’ve also gifted me with steady stream of unintentional comedy through the years, too.

The term “sanitary napkin” still makes me giggle with immaturity, usually because I think of a “napkin” as something I use to wipe my mouth. That said, there is no way in hell I would ever wipe my mouth with a Kotex. Nevertheless, it serves its purpose to sop up any extra “sauce” when the ol’ menstrual marinara bubbles out of the pot for a few days out of every 28.

And now, Kotex has done it again and made me laugh with the introduction of their new, “hip” line of panty-liners, tampons and maxi pads: The Kotex U. 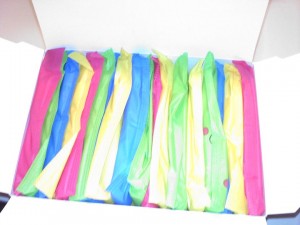 An explosion of individually-wrapped color awaits inside each box of Kotex U!

I’m guessing the “U” in “Kotex U” stands for “Unique,” judging by the brightly colored, highlighter-like wrapping on each individual pad in the box. Even the box all 18 of the individually-wrapped Kotex U pads came packaged in appeared to be unusually festive — a stark black peppered with bright yellow text, tonal swirls, and a window to allow each of the brilliantly-hued pads to peer out at their prospective purchaser.  It’s almost as if each vibrantly-colored pad had been given its own anthropomorphic identity, calling out, “Hey, you! Take us home! We’re in this together for a few days out of the month, so we may as well have fun!”

My suspicions were confirmed following a gander at the Kotex U website which proclaims: “Later, dullsville. Hello, different.”  Seriously.  I’m not even making this up.

Beyond its functionality, the Kotex U seems to have a much more noble agenda.  The product’s website is encouraging young ladies to “break the cycle” of weirdness and the cultural taboo of announcing that one is riding the cotton pony.  Considering that the Kotex U (which comes in both pad and tampon varieties) aren’t exactly in the most discrete shades, making a covert ops mission to the bathroom at school or work to change your pad all but impossible, I can see the method to their madness.  Why be ashamed of having your period? It’s natural! It happens to the best of us!  Why not make it “fashionable”? If such a thing as “va-jazzling” exists, why can’t a (comparatively tamer) colorful option also exist for those times when you’re retaining water and slightly more irritable than usual?

Maybe Kotex is onto something with their snazzy new packaging for the latest product in their line. I bought into their sales pitch and purchased a box of Kotex U in preparation for my monthly gig headlined by Alexander’s Ragtime Band.  The package was eye-catching and the pads peeking out of the box appeared thin enough to ensure that I wouldn’t feel like I was walking around with a telephone book in my underpants for the next few days.  Kudos to Kotex’s Marketing and Design departments for a job well done!

The “fun factor” that Kotex U promises recalls yet another “U”:  “University.”  How many times have you heard of someone refer to their college or university as “The U”?   And what springs to mind when you think of college (beyond that whole “higher education” thing these institutions claim to be about)?  Parties! 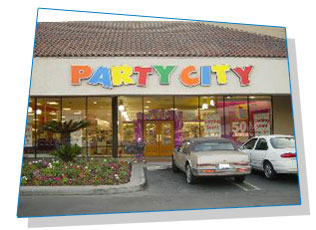 Hot damn!  When I opened up the box of Kotex in the privacy of my own bathroom and my eyes met with the dazzling display of color, I thought to myself, “Holy shit! My period is now being sponsored by Party City!”  Instantly, I imagined my vadge endowed with all the cool of Belushi’s “Bluto” Blutarsky (complete with three-day stubble), ready to do kegel keg stands with a bottle of douche. Maybe, after two decades of monthly cycles, this period thing could be a heap-load of fun after all!

I have to admit, I was slightly disappointed when I removed the two-tone lime green wrapper from one of the pads and discovered that the pad inside was your typical, white hue customary amongst most pantyliners and sanitary napkins. Considering that I hadn’t seen that many neon colors thrown together in one place since the opening credits of the original Saved By the Bell, I was hoping for a Rainbow Brite-eque explosion of color inside the wrapper, as well.

Nevertheless, the Kotex U got its intended job done and provided me with a little more mirth than usual during Aunt Flow’s monthly stay.  Mission accomplished, Kotex U!