Bears are assholes. I’m sure some people will disagree with this statement on the basis that a bear is an animal and only acting according to his nature. I will counter that by saying that it is within a bear’s nature to be an asshole. It seems that they are one of the few animals that will attack and eat humans regardless of whether or not they’re hungry. Wolves don’t do that. Hell, even lions or tigers don’t do that and you don’t really encounter them as much as you would bears.

Just this past week, three people were mauled and one person killed in unprovoked attacks by a family of grizzly bears while camping around Yellowstone National Park.

The MSNBC article on the attacks stated that:

“Authorities said the bear family, under the tutelage of the mother, specifically targeted campers — a sharp departure from the usual behavior of grizzlies attacking only when threatened or surprised….Evidence indicated all three cubs likely participated in what Warden Capt. Sam Sheppard called a sustained attack on Kevin Kammer of Michigan. He was pulled from his tent and dragged 25 feet. At least one of the bears fed on his body.“

That sounds like a real asshole of a bear to me. 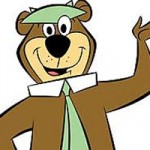 Beyond ursine assholes that have recently popped up in the media, take a look at classic examples and representations of bears. For instance, Yogi Bear is a grade-A asshole. He’s a much cuter, friendlier-looking bear made a lot less threatening by virtue of the fact that he wears a collar and tie and a green pork-pie hat. (Any living creature is made less threatening with the addition of a green pork-pie hat, however.) Wisely, Hanna-Barbera endeared Yogi and his sidekick, Boo Boo to the masses by making Yogi constantly scheming to eat not the visitors of Jellystone Park (as a real bear would probably prefer), but rather the contents of their picnic baskets.

Then there’s Winnie the Pooh 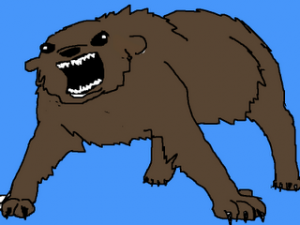 who typifies the selfishness of addiction. Winnie may be pudgy, yellow and adorable, but if you substitute heroin for honey, you’ve got yourself an episode of A&E’s “Intervention” in the Hundred Acre Wood. Pooh lands himself in undesirable situations such as getting his head stuck in holes or jars all in the pursuit of honey.  He puts other forest friends – usually the long-suffering Rabbit – in harm’s way or just irritates the hell out or them. And oh, yeah… Piglet is his enabler.

Eddie Murphy had it right, too. In his classic comedy routine captured for posterity in Delirious, Eddie told a joke about a bear and a rabbit hanging out in the woods, taking a dump together. The bear asks the rabbit if he has a problem with shit sticking to his fur. The rabbit replies, “No.” In turn, the bear picks up the rabbit and then wipes his ass with the bunny. That’s a huge asshole move right there, my friend.

In a more realistic representation of bears being a bunch of fur-covered assholes, watch the 2005 documentary, Grizzly Man, chronicling the final months of dunderhead tree-hugger, Timothy Treadwell. who was eaten by bears. 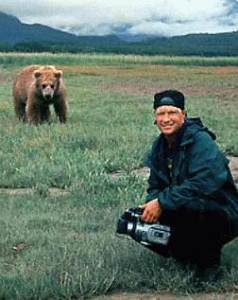 Treadwell, a loon who dropped out of society after claiming being turned down for the role on Cheers that went to Woody Harrelson had shattered him, decided that he and his girlfriend should go hang out and live amongst bears at a nature preserve in Alaska.

While Treadwell seemed to have gotten along well with a number of the bears who grew used to him, the dumbass overstayed his welcome when a new pack of bears moved into the territory. Despite his girlfriend’s protests (being the much smarter and more sensible of the pair) that these new bears made her uncomfortable, Treadwell said he preferred the company of the bears to most humans. And thus, the bears ended up preferring the taste of Treadwell and his girlfriend to their usual food supply in rivers and streams.

Granted, I can’t really blame the bears for eating the dude since the guy dangled himself in front of them for months like a delicious Easter ham in front of Sally Struthers. In this instance, it was just a case of the bears being the bigger, faster assholes with teeth and claws taking out a granola-eating asshole.

While most bears are assholes, there are a few exceptions to the rule.  The first being any representation of a bear as rendered by Jim Henson. No single bear that Jim Henson has created has ever been an asshole. The Bear in the Big Blue House is as polite and welcoming as they come. (Although, my suspicions about the cuddly, orange bear were slightly aroused when he said to the visiting viewer, “You smell like breakfast!” If a giant, orange bear had said that I smelled like a plate of bacon and eggs, I’d probably freak out and soil myself on the spot.)

And, quite frankly, you do not get more loveable than Fozzie Bear. Sure, he’s slightly neurotic and maybe even a tad fragile, but his heart is in the right place and he’s always there for his friends. A merry jokester who just wants to be loved, Fozzie would never even dream of eating a human or any one of his Muppet cohorts. 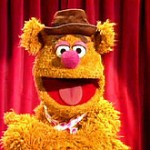 Jim Henson didn’t create them, but the Care Bears fall into the decidedly non-asshole category of bears, too. However, being every color of the rainbow, you can’t really classify the Care Bears as real bears.

The other exception to the rule that all bears are assholes are pandas. I don’t think anyone dislikes pandas. They’re sweet. They’re cuddly. And incredibly clean. Let’s face it. Most bears look dirty. Their fur is usually in a state of disarray and they either look filthy or sweaty. Pandas, on the other hand, no matter where they may be, are adorable and fluffy. In spite of the fact that they have black and white fur – both colors which can show a lot of grime – their fur is usually devoid of dirt. How can you not love an animal that’s consistently fluffy and clean?

The bulk of their diet consists of bamboo, with the occasional bit of fruit, eggs, and fish at times. They’re technically considered carnivores, but subsist off of a primarily vegetarian diet. 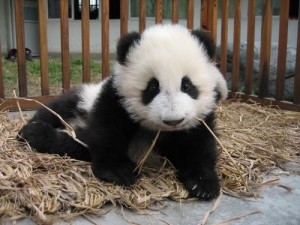 Definitely not an asshole.

Additionally, there have been only a few instances of pandas attacking humans, although none have resulted in death. One such attack involved a panda that had previously been bitten by a drunk tourist attacking a teenager. If a drunken, asshole of a human bites you, chances are, you’re going to be a bit wary of any other humans.

Another occasion where a panda attacked a human was when a college student hopped into the black and white bear’s enclosure and tried to hug him. Again, he only sustained a bite and wasn’t killed or mauled — as is the case with most non-panda bear attacks.

When pandas have attacked humans, there’s usually some sort of preconditioned response to their actions that doesn’t result in death. Maybe it’s because most pandas are raised in captivity that they don’t have that wild instinct to tear into a human like a bag of potato chips? I’m not entirely sure, however, I will stand firmly by my statement that all non-Jim Henson created bears are assholes — with the exception of pandas.